CHARINUA and Martin Schäufler participated in this year’s annual Bavarian Championships which were held from July 9th – 11th in Munich. Their participation was initially unclear since the wet weather conditions left a lot to be desired on the first day, however, the ground proved good enough and so the pair started off with a controlled and confident clear opening round over 1.40m. The following day CHARINUA performed another faultless first-class round over 1.45m, propelling herself to 2nd place in the overall ranking after two competitive days. The final day was comprised of two demanding courses over 1.45m. CHARINUA jumped both rounds in top form and was the only horse to complete all four rounds over three days without any jumping faults. In the end, only one second in time separated Martin Schäufler and this wonderful mare from the gold medal. We are very proud of our runner-up team! 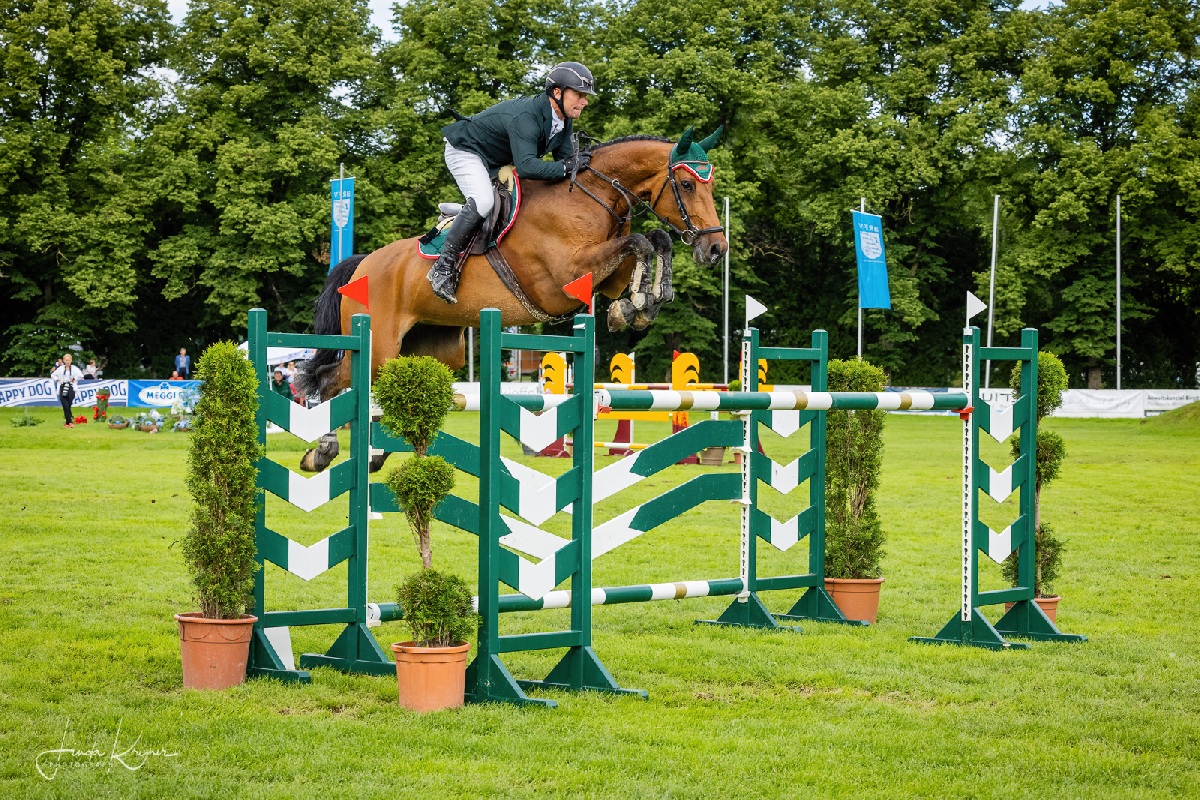 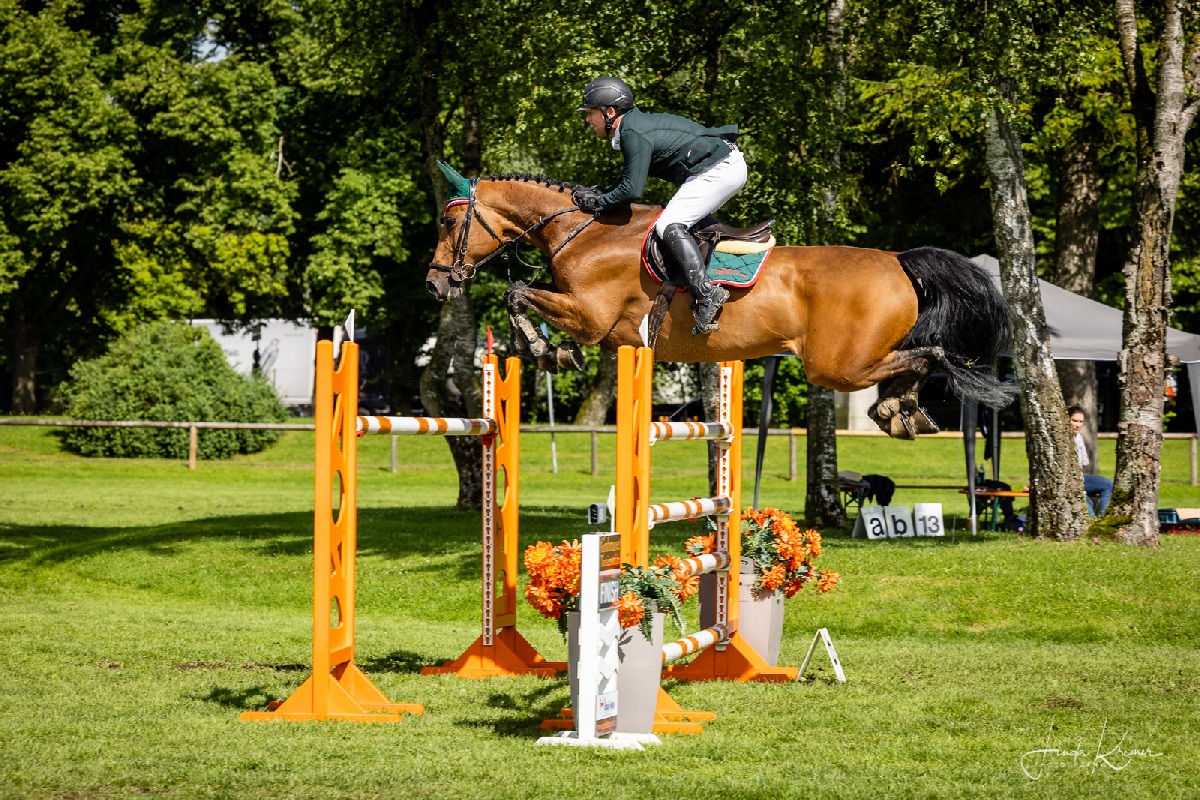