Season finale for CHARINUA and SEMELI at the Munich Indoors

After a break, we decided to take our two mares to the tournaments in Ising, Karlsfeld and finish off the season with a highlight at the Munich Indoors.

It was particularly interesting to see how the tournament in Ising for CHARINUA would play out, as this was her first start following a longer break due to injury. It was very gratifying that she was able to seamlessly build on the recent successes and immediately placed 6th in the advanced S* class.
SEMELI also jumped some great fast rounds, finishing 2nd in both a medium M* and advanced S* class.

Following these good results, it was clear that we were still on track for the grand finale at the Munich Indoors. As a final preparation for Munich, CHARINUA and SEMELI competed at the indoor jumping tournament held at Karlsfeld from November 14th to 17th. SEMELI placed 6th in the advanced S* class after jumping a clear round. CHARINUA just missed out on victory when finishing 2nd in the prestigious Grand Prix S** following a clear first round and a clear, fast round in the jump-off.

It was finally time for the annual Munich Indoors held at the Munich Olympic Park from November 21st to 24th. Both mares were able to confirm their competitive form from the previous two tournaments.
CHARINUA jumped flawless rounds and finished overall in 5th place in the highly demanding and competitive final of the Bavarian Championships over 1.45 meters.
SEMELI participated in the Youngster’s Tour. She qualified for the grand finale over 1.45 meters after jumping a clear round over 1.40 meters, where she finished a respectable 10th place in a very strong and talented field. 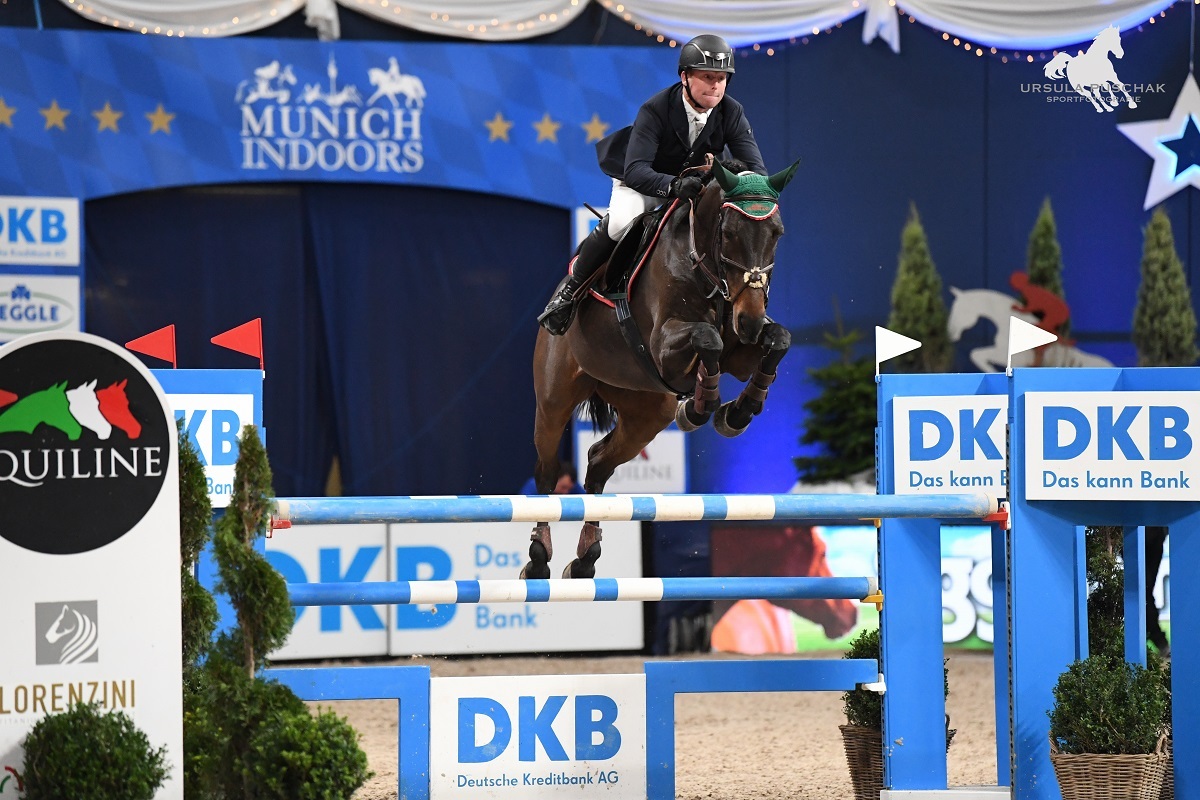