Gestüt Ammerland was represented with two starters at the Ingolstadt Hagau tournament held from 11. – 14.07. SEMELI showed a particularly strong performance, as she was able to place in the qualification for the Bavarian Championships with a quick time and thus collect further points for the final held at Munich Indoors later on in the season. On the following day, she competed in the Grand Prix*** for the first time, jumping a beautiful clear round and finishing 7th.
VECARIO PS showed a solid performance with a 7th place in the Youngster Tour over 1.25m and a good round in the 1.35m class.

Both horses also pleased at the Kirchstockach jubilee tournament held from 01. – 11.08.
SEMELI placed 4th in the Youngster S* tour and VECARIO PS was able to place in two classes over 1.25m. 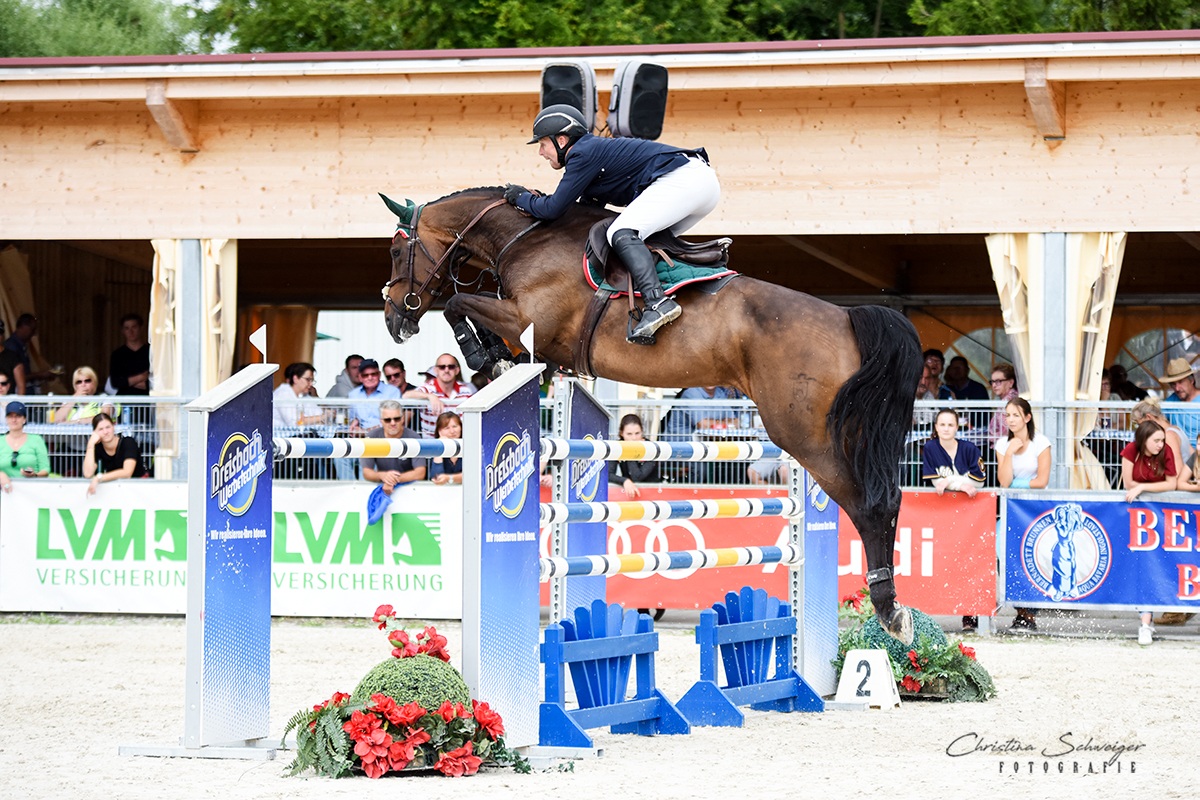