There was absolute agreement between the judges and audience in the final of the six-year-old dressage horses: best horse and therefore Bundeschampion 2018 of the six-year-old dressage horses is REVENANT. With a top score of 9.0, Rudi Widmann and REVENANT conquered the grand finale at Warendorf. The highlight of REVENANT's performance was clearly the canter, which was evaluated by the panel of judges with a sensational score of 9.5. That was a „canter of the finest kind“ was the comment by Dr. Dietrich Plewa. In the overall rating, the charming stallion also received a score of 9.5, 9.0 for the trot and 8.0 for the walk. „REVENANT was 100% concentrated throughout the test and always with me. We really had great fun in the dressage arena and I enjoyed this ride to the fullest“ said Rudi Widmann after the test. „And what one cannot express in scores, is the incredibly good character of REVENANT“ as the concluding commentary by his permanent rider.
Also represented in the final of the six-year-old dressage horses was DER SCHUFRO, with whom Rudi Widmann eventually claimed a respectable 9th place. 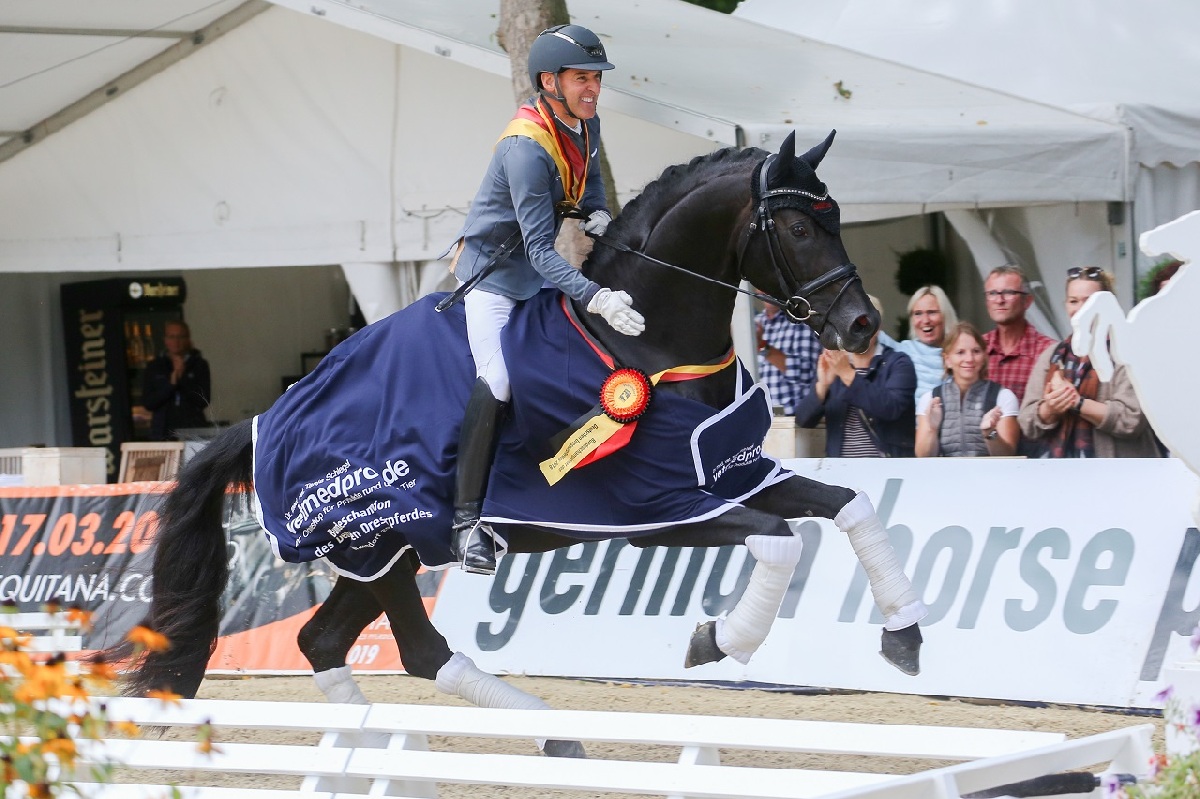