Three tests, three wins: the performance record of Rudi Widmann after his appearance at the annual dressage days of Gut Kerschlach located in the Upper Bavarian town of Pähl.
Under FOXTROTT, Rudi Widmann won the most difficult test of the tournament, the advanced test** - Intermediare I, with 70.921% after the pair had already dominated the corresponding St. Georg Special* qualifier with 72.846% on the previous day.
Already on the first day of the three-day dressage tournament, Gestüt Ammerland was able to celebrate the victory of the 6-year-old gelding DER SCHUFRO, following his solid end result of 8.00 in the medium class. 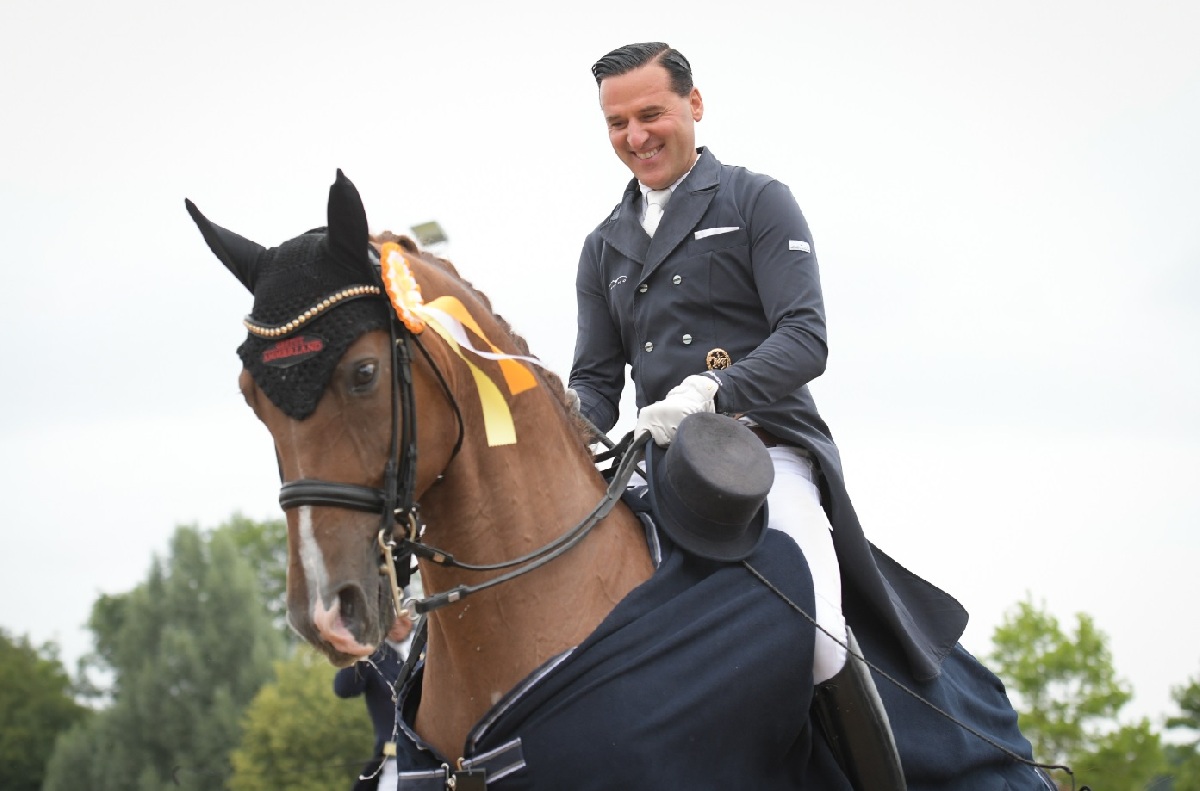