Opening win for REVENANT in Brunnthal

After a well-deserved tournament break, Rudi Widmann and REVENANT returned to the dressage arena for the first time in 2018 at the Upper Bavarian Gut Riedhausen in Brunnthal. The now 6-year-old stallion was presented for the first time at medium dressage level, impressed immediately and received the top score of 8.60. In addition to DER SCHUFRO, REVENANT is now also qualified for the Bundeschampionat of the 6-year-old dressage horses held in Warendorf later in the season. 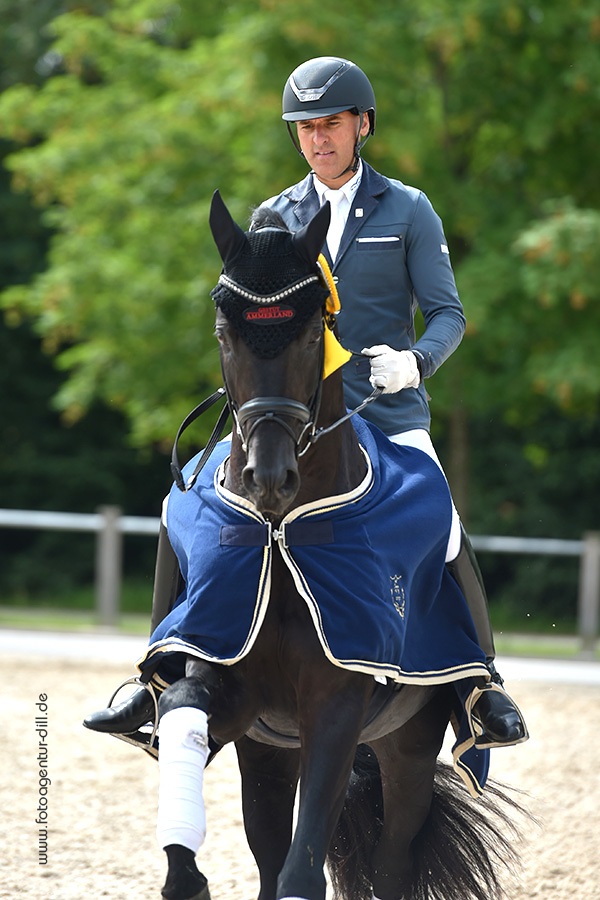