Opening victory for FOXTROTT in Kreuth

The first appearance of Foxtrott and Rudi at the 2018 tournament season opener in Kreuth was a full success. In the advanced test (S*) on March 9th, the 10-year old Oldenburg chestnut gelding left no doubt as to which pair was the best in the dressage arena, when claiming the coveted yellow ribbon with a final score of 71.744%. One day later, Foxtrott and Rudi only had to admit defeat to one pair and celebrated a superb second place with 72.052% in a very competitive Prix St. Georges. 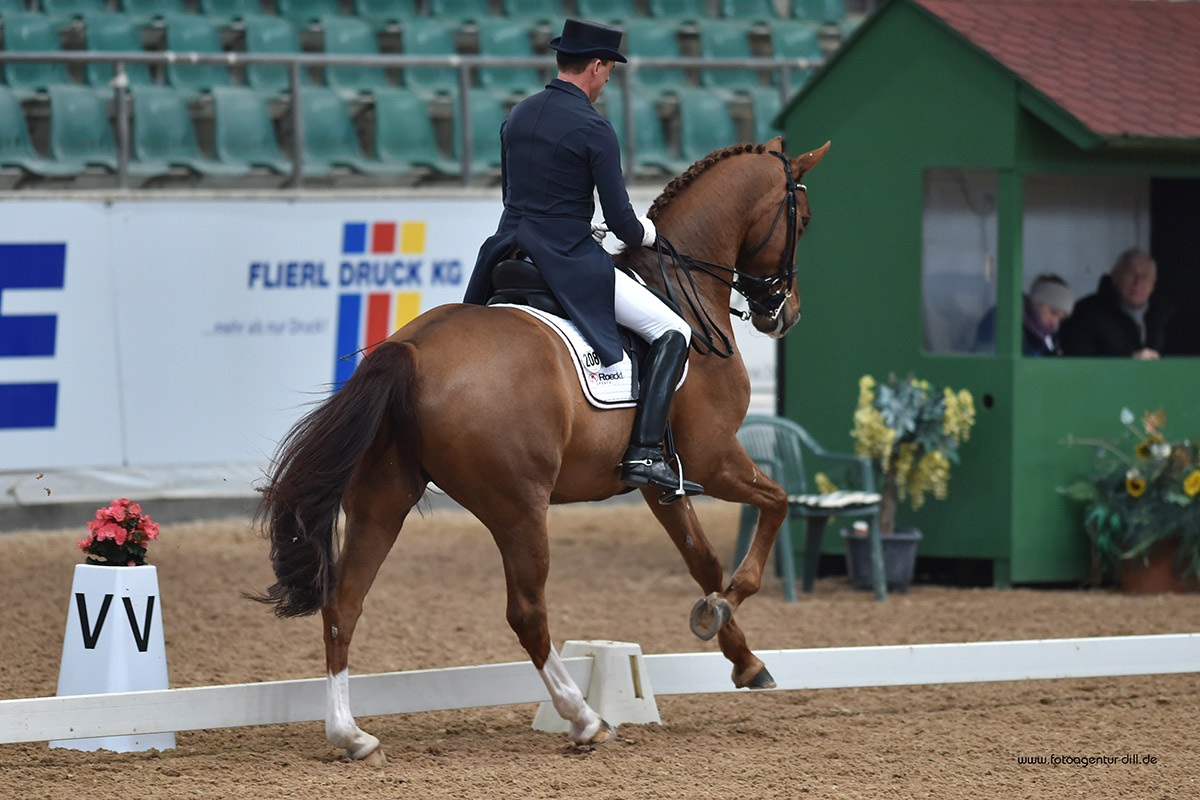 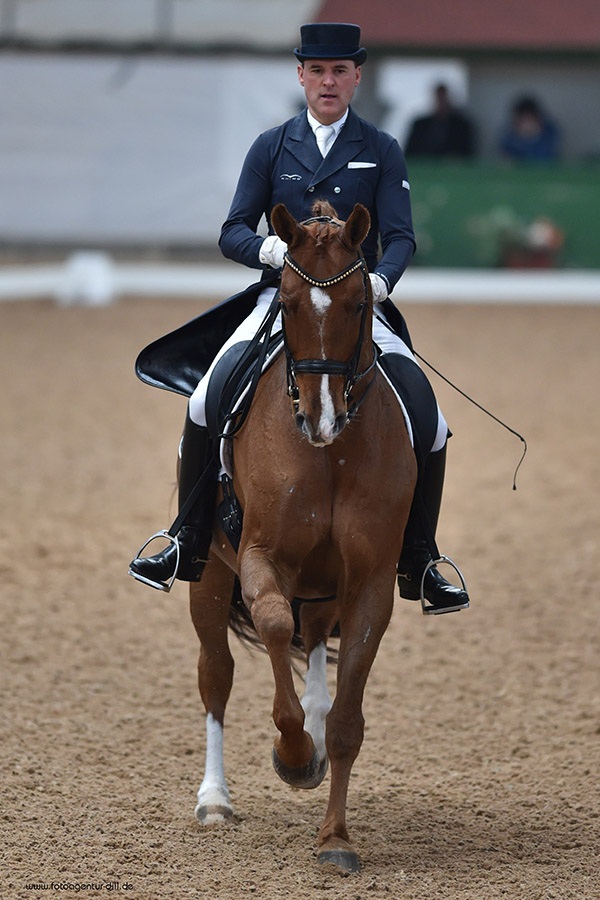